…something I’ve said before – I know, but it still applies.

I’ve been sponsored for 10 years to be exact.
But our collaboration doesn’t feel old – it’s quite the opposite actually. It’s something that constantly envolve, grow and change.

And you might  have known the team as Team Nike, Nike Elite, Nike Instructor Team – and now me and 11 other instructors represents the Nike Trainers, which is the 2011 edition.

We’ve had a great weekend together this past weekend – under the direction of our super creative and professional boss Lina.
THANK YOU trainers, and THANK YOU Lina!!

Lovely chicas chillin on the porch… with an equal lovely dude in the background that does his best to get in to the pictures… and he did – thanks to the delay on the camera. 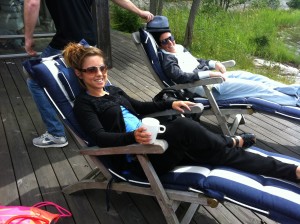 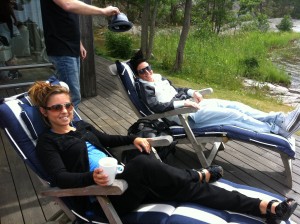 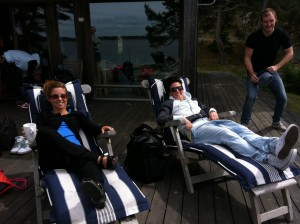