I’ve been a BODYJAM® trainer since we launched the program in SWE 2006. Actually – I was the very first trainer for Les Mills Nordic.

Since I’ve been teaching classes at SATS I haven’t taught BODYJAM on weekly basis. Well, for a short time of period when they had the class at one of the centers, in a transition from former WorldClass to SATS. But that was like one semester only.

I’ve worked so much with the program though so it haven’t really bothered me… but still – every time it’s time for a QW it would have been nice to have a class on schedule, instead of having to find the time for a special class (to practice)

I have nagged, and nagged on the people at SATS HQ – my bosses – the people in charge… until I was fed up of it. The nagging.

Then – all of a sudden, I get an email from my boss at Les Mills…who want to book me for three initial trainings exclusively for SATS instructors.
Cause SATS will launch the program from the fall-13. How about that?!
Awesome I’d say!

So I’ll be doing BODYJAM® initial trainings for SATS; 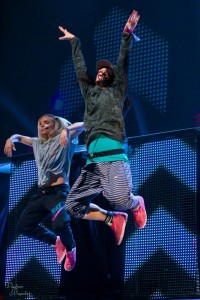