It’s more than two months since I went through the HotMOJO® initial training now, and it’s about two months pretty exact since SATS launched it at Spårvagnshallarna.

It’s still huge buzz around the class at the club. It’s 30 classes per week and almost everyone is full (it’s only 20 spots but still)

Just like in the Les Mills classes you (as an instructor) need to film a class and get it evaluated to recieve the license, which is the final seal of approvement from the educators.

I was thinking,
Instead of dragging a film camera in to a regular class on the schedule, that’s always crowded and people aren’t prepared of it and they might be a bit nervous as it is if they’re new to the class…
I thought I should do an extra class, with a bit less people than usual and invited only – that doesn’t mind showing on camera a little bit.

If you feel like joining in and start your easter celebrations (unless you start tonight already) with some Hot Yoga practice – send me an email asa@asafornander.com today.
I have a few spots left. 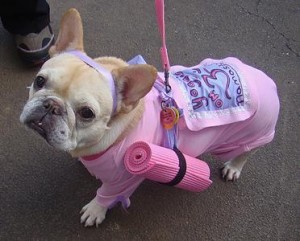