Yesterday I taught my regular wednesday hot yoga class.
It’s a nice 10 am class – and I’ve chosen to keep that class and let the thursday 5 pm class go – since I prefer the atmosphere in the day classes (and least when it comes to yoga)

Last week it was a great focus – and it was even a lady that came up to me after class and was impressed by how concentrated everyone were, and that made it so much easier for her to focus as well, which also made the class way more intense and beneficial. Awesome!

How ever – yesterday’s class was quite the opposite.
I had one lady that shouted out questions loud – non stop.
The fact that I do explain every pose super closely, verbally, and the fact that some of the poses are repeated two – or even four times – if it’s right and left (so there is time to feel, find and try) didn’t matter to her.

Then it also was this couple – a dude and a chica – that chatted to each other.
And every time I tried to assist her she kind of snapped to me. Like it was offending that I came up to her. I only did that twice – and then I put my energy into those who were receivable for development and help.

All these elements made the class a bit fussy and since it is a mental challenge for most of the people that do go all in – it was definitely harder to focus yesterday.

I encourage my participants to ask questions but even more to pay attention in class.
Especially in a dance class.
I much rather want them to ask me if they’re stuck or don’t get it – then get annoyed and therefore block themselves. Totally un-necessary, right?!

In yesterday’s yoga class though, that’s all about focus and concentration – I’d preferred if the people with concerns would have payed more attention from the beginning.
Listened carefully to my instructions – observed the people in the front row that’s been there before – and used the fact that some of the movements were done repeatedly.
If they don’t get it the first time – they will the second, sort of.
And then ask. Not just shout it out loud over and over…

That is me.
What do you think?!
As a teacher – are you in to questions in all classes at any time?
As a participant – do you feel comfortable asking questions, or are you one of those who sighs when someone else asks?
Just curious… 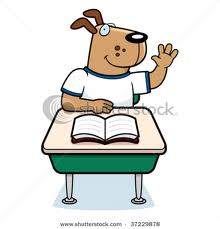