Saturday morning started with that I spilled my can of protein powder all over the kitchen floor.
Well – not the whole can, but more than half at least… Do you know how much powder that is? A lot!
And when you try to wipe it up with water it gets really sticky on the floor.
Like nasty sticky. And I really didn’t want my two roomies to wake up and see the pink mess… so it was a sweaty process to get it all up before they did. It’s a good thing that peoplekeep their shoes on inside in the US.
And, luckily I’m just staying here a few more nights before I switch accomodation. Ha!

Then I headed up to BDC – but for some reason they cancelled the class I was supposed to take. So I went for another one. Which was fun – but not as fun as the one I originally planned. (or maybe it was – I just expected something else)

And then – I decided to get some hard core training.. or – at least that’s what I heard it is.
I went to 24h fitness to try CX30™ for the first time. The core-program from Les Mills. It’s a 30 minutes functional and effective core-workout (as you might suspect from the name)

I never do core training of my own – unless from the core classes that I teach myself.
And it’s always tougher (training wise) to be a participant than the instructor I think. So yes – I definitly felt it – and I feel my abs today a little bit as well. A good feel though!

But it was not as extreme as I thought and expected from what I’ve heard.

CX30™ has a higher intensity than the SATS core classes that I teach – and it’s not as pilates based. It’s pretty simple (simple to execute – not as in a wimpy workout) exercises which makes it easy for the particpants to feel the work.
Music – not quite my taste – but it totally works, for sure.

I could tell that the crowd liked it as well. If there’s any fitness class that the people in NYC like – it’s classes where you train your ABS!!! Most preferably so it really BURNS in the muscles. 😉 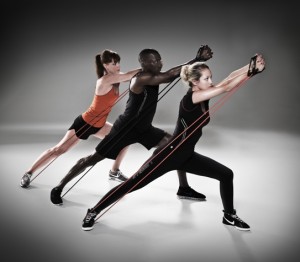